The mayor of Minneapolis has called for criminal charges against the white police officer seen on video in the United States Kneeling against the neck of a handcuffed black man who complained that he could not breath and died in police custody.

Based on the video, Mayor Jacob Frey said officer Derek Chauvin should be charged in the death of George Floyd. The footage recorded by a bystander shows Chauvin with his knee on Floyd’s neck as Floyd gasps for breath on the ground with his face against the pavement. The officer does not move for at least eight minutes, even after Floyd stops speaking and moving.

“I’ve wrestled with, more than anything else over the last 36 hours, one fundamental question: Why is the man who killed George Floyd not in jail?” Frey said on Wednesday (Thursday NZ time).

He later added: “I saw no threat. I saw nothing that would signal that this kind of force was necessary.”

The day after Floyd died, Chauvin and three other officers were fired — an act that did not stem the flood of anger that followed the widely seen video shot on Memorial Day outside a convenience store.

Protesters marched more than two miles (3.22 km) on Tuesday to the police precinct in that part of the city, with some damaging property and skirmishing with officers in riot gear who fired tear gas. Minneapolis’ Star Tribune reported more conflict Wednesday night at the same precinct, with some protesters throwing rocks and bottles at police, who responded with rubber bullets and tear gas. The newspaper also reported looting at a Target store across the street from the station. 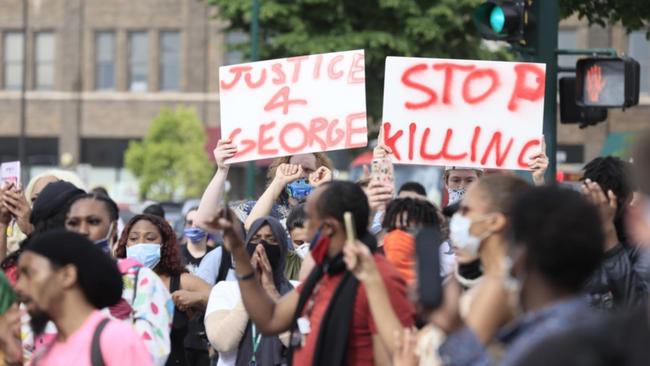 Another demonstration unfolded on the street outside Chauvin’s suburban home. An officer told protesters that Chauvin was not there. Red cans of paint were earlier spilled on his driveway, and someone wrote “murderer” in chalk at the end of his driveway. No one answered when an Associated Press reporter knocked on the door.

Many activists, citizens and celebrities called for criminal charges before Frey did. But Floyd’s family and the community may have to wait months, if not years, before investigations are complete.

“We cannot sink to the level of our oppressors, and we must not endanger others during this pandemic,” Crump said in a statement. “We will demand and ultimately force lasting change by shining a light on treatment that is horrific and unacceptable and by winning justice.”

Police Chief Medaria Arradondo, who rose to the top job after his predecessor was forced out following the 2017 shooting of an unarmed white woman by a black Minneapolis officer, urged protesters to “be respectful”. He said he was working to change the department’s culture.

“One incident can significantly bring people to doubt that,” he said.

The chief defended the department’s use of tear gas to break up Tuesday night’s protests, saying officers used it only after some people broke into a secure area that gave them access to squad cars and weapons.

“I understand the emotions are running high, and I think it’s important for the mayor to channel the emotion of the people who he represents. But I think it is critical that we adhere very closely to the facts and the law and the normal process,” Ellison said.

The Hennepin County Attorney’s Office, which would prosecute any state charges, issued a statement saying that Floyd’s death had “outraged us and people across the country” and that the case “deserves the best we can give”.

The FBI was investigating whether officers willfully deprived Floyd of his civil rights.

Floyd’s death and that Ahmaud Arbery in Georgia have reopened the divide between minority communities and police that grew to a national uproar following the 2014 killings of Eric Garner and Michael Brown, the 2015 killing of Freddie Gray and others.

Speaking to reporters at Cape Canaveral, Florida, President Donald Trump called the death in Minneapolis “a very, very sad event” and said his administration was going to “look at it”. Later, he tweeted that he had asked for the federal investigation be expedited.

Democrat Joe Biden said Floyd’s death was “part of an ingrained, systemic cycle of injustice that still exists in this country” and “cuts at the very heart of our sacred belief that all Americans are equal in rights”.

It also “sends a very clear message to the black community and black lives that are under threat every single day,” Biden added, saying he was glad the mayor and the police department fired the officers, “but I don’t think that’s enough.”

A 2017 Pew Research Centre study found that police think the public does not understand the risks they face. A more recent study from September showed police were considered more trustworthy than Congress, but only 33 per cent of black adults and half of Hispanics say they believe officers treat racial and ethnic groups equally.

Shocking videos of black men dying continue to emerge during the coronavirus pandemic, which is hitting communities of colour harder than white communities. Floyd himself had been laid off from his nightclub security job in the pandemic, a friend told the AP. Police say Floyd matched the description of someone who tried to pay with a counterfeit bill at the convenience store.

It was unclear why Floyd was arrested in such a physical way for what would have been a low-level crime. Police in most large cities have backed away from certain arrests to guard against further spread of the virus. The officers in the video were not wearing masks.

A Minneapolis Fire Department report shows that paramedics moved Floyd from the scene, and two fire crew members got into the ambulance to help. Medics were doing chest compressions and other lifesaving measures on an “unresponsive, pulseless male”, the report said. Floyd was pronounced dead at a hospital. 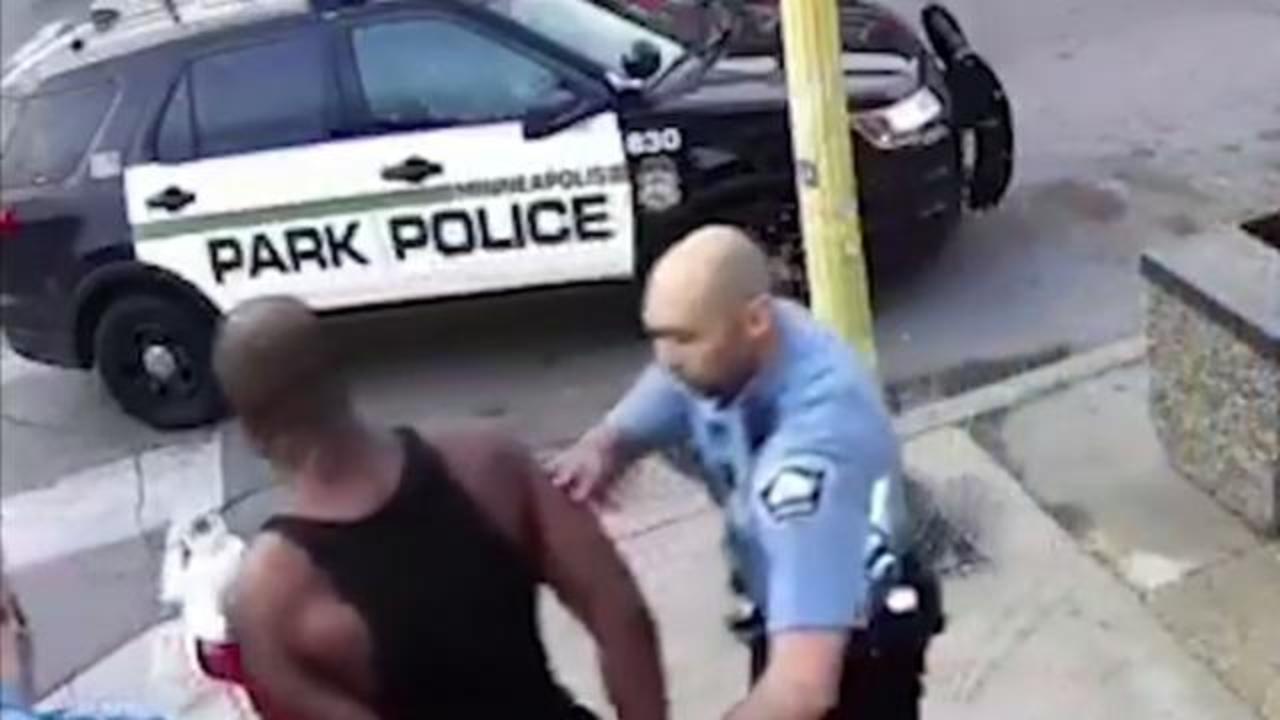 An autopsy will be performed to determine if the neck compression led to his death.

News accounts show Chauvin was one of six officers who fired their weapons in the 2006 death of Wayne Reyes, who police said pointed a sawed-off shotgun at officers after stabbing two people. Chauvin also shot and wounded a man in 2008 during a struggle after Chauvin and his partner responded to a reported domestic assault. Police did not immediately respond to a request for Chauvin’s service record.

In calling for charges, the mayor contrasted Floyd’s death with others involving police that turned on split-second decisions by officers.

“We are not talking about a split-second decision that was made incorrectly,” Frey said. “There’s somewhere around 300 seconds in those five minutes — every one of which that officer could have turned back, every second of which he could have removed his knee from George Floyd’s neck.”

Previous PostA record where Novak Djokovic surpasses Roger Federer and Nadal Next PostWhat Masks Can and Can’t Do, and Why You Should Wear One