Rwanda and Zimbabwe are working on strengthening their ties within the context of the Joint Permanent Commission of Co-operation. 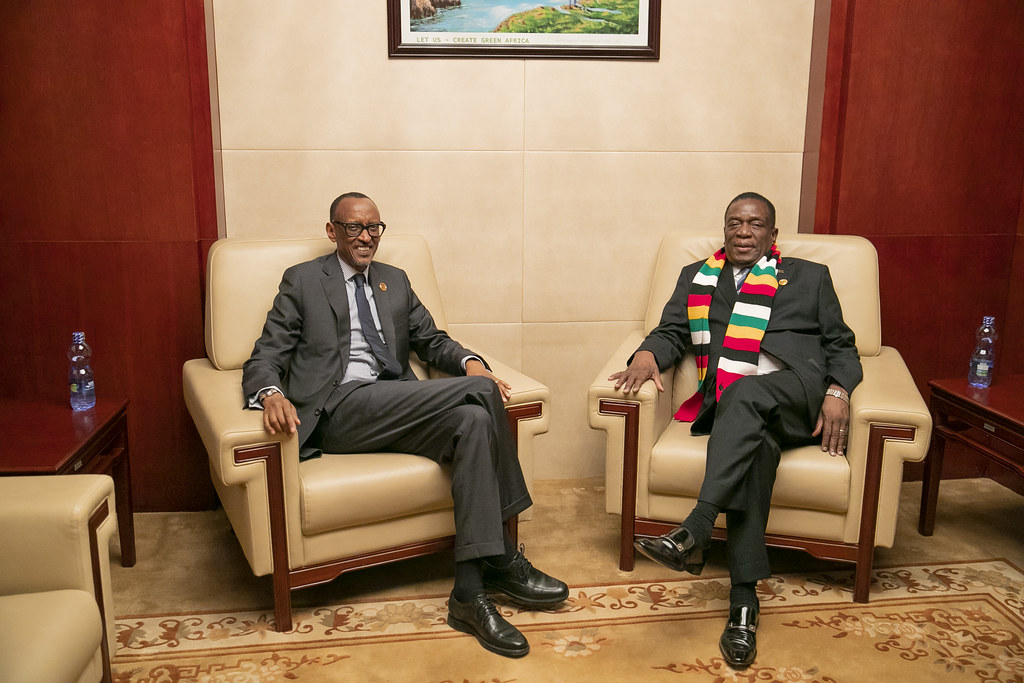 This will see the two countries co-operating in various areas that include ease of doing business, politics, mining, agriculture, tourism and the ICT sectors among others.

The strong relations between the two countries are deepening following the decision by their two heads of State, President Mnangagwa and President Paul Kagame to set up embassies in their respective capitals.

The Embassy of Zimbabwe in Kigali was officially opened in October with Ambassador Charity Manyeruke becoming the country’s first envoy to Rwanda.

She presented her credentials to President Kagame last Friday.

In an interview on Monday Ambassador Manyeruke said her immediate task included working towards boosting economic co-operation so that they are in tandem with the existing cordial political ties between the two countries.

She said to achieve this, it was important that the two countries sign an agreement establishing the Joint Permanent Commission on Cooperation (JPCC) which provides for a legal and coordinated framework for cooperation between the two friendly countries.

“This provides an opportunity for the two countries to regularly update each other. Zimbabwe boasts of highly skilled English teachers who can be easily deployed to work in Rwanda under the auspices of the JPCC,” she said.

“Cooperation in the area of tertiary education could also involve the enrolment of students from Rwanda at institutions of higher learning in Zimbabwe where the English Language is the medium of instruction,” she said.

Last year, the chief executive of the Rwanda Development Board, Ms Clare Akamanzi, was in Harare to share her country’s experience at the request of President Mnangagwa.

“It takes an investor a maximum of six hours to register a business in Rwanda. The Rwanda Development Board is a real One Stop Shop that has been credited for attracting Foreign Direct Investment. There is room to share best practices between the two countries as the Government of Zimbabwe seeks to operationalise the Zimbabwe Investment and Development Agency.

“There is room for Zimbabwe to export agricultural products to Rwanda. Suffice to note that Rwanda heavily depends on imports from neighbouring countries such as Tanzania and Uganda to meet some of its basic food requirements. There are also investment opportunities in tea and horticulture,” she said.

Rwanda has over the years invested heavily in the ICT sector becoming one of Africa’s leading nations in ICTs.

The country is known for the innovative use of technology to deliver essential services like blood to hospitals and has extensive internet infrastructure, which covers over 95 percent of the country.

Ambassador Manyeruke said Zimbabwe could also cooperate with Rwanda in this area.

“Rwanda is one of only countries alongside DRC in which mountain gorillas can be safely sighted and visitors pay high prices for gorilla tracking permits (about US$1 500 per person). The two countries could work together to develop joint tourism packages linking the various tourist attractions in Zimbabwe and Rwanda.

“RwandAir is a government owned airline and has been operating since 2002 but has achieved more than most African Airlines that have been around for more than 30 years. Its success story is attributed to sound strategy, discipline and support from central Government. There is room for RwandAir to fly to some of the tourist destinations such as Victoria Falls and become each other’s source market for tourists. This is a low hanging fruit,” she said.

In August 2019, Zimbabwe and Rwanda signed a Memorandum of Understanding in mining, focusing on exchange of ideas in terms of mining skills; capacitating of small-scale miners and exploration issues in line with beneficiation strategies, among other areas.